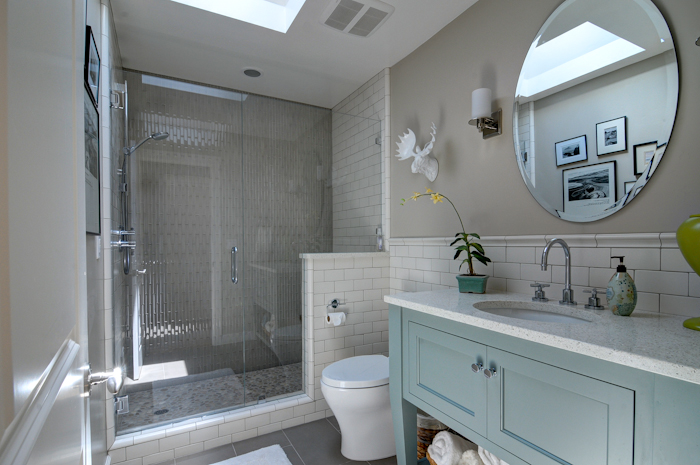 Full Testimonial:
Now that the dust has had a little time to settle, we thought we’d take some time to thank you for the work you and your crew did for us.  The house is truly beautiful and hardly a day passes with out someone commenting on the quality of work done.  The best compliment we can pay to you is that the “old” house flows so smoothly into the “new” part of the house, that it really doesn’t look like a remodel.  We are just now beginning to have the time to fully appreciate just how well the project turned out.  Due largely to it’s overall appeal, the house has also come out very well on the appraisal.   One other factor we need to thank you for is the timeliness in which you completed the project.  It had not really hit home until people in the surrounding neighborhood started commenting on how much work was completed in such a relatively short period of time.  It was further reinforced when we contacted our insurance agent.  He passed along the horror story of some clients of his who had obviously chosen the wrong contractor.  They moved out of their house a year ago with a project not much greater in scope than ours, as of now are still not moved in but rather deeply embroiled in homeowner/contractor disputes. We feel grateful to have found a conscientious contractor like you who truly stands behind his work. Thanks for a job well done.